This will be my second blog post, I’m going to focus this on on the changes being made to capitals with my opinions on what CCP has currently told us as a member of the Capital Focus group. Now first off I would like to say to the people coming to me with idea about capitals and changes to be made just don’t, the Focus Group isn’t here to suggest changes it’s to give CCP feedback from players who know what they are doing.

So feel free to read the logs and our reddit subdivision where we keep information and talk to us / me about CCP’s ideas and your feedback.

One of the hottest debates has been about not allowing refitting (and this is to every ship by the way guys not just capitals) while having a weapons timer. The reason for this as CCP has explained to us is because they don’t like how currently you can refit immediately to counter whatever the enemy fleet has, and they don’t see refitting as having a counterplay. As an example if the enemy dropped 100 Erebus’s you could refit for Thermic specifically to tank them.

Now in my opinion refitting itself should be considered a counterplay to what the hostile fleet brings at you while you are stuck in Siege / Triage (I don’t fly non Siege or Triage caps, they aren’t much fun). You are refitting to counter a hostile fleet comp because that fleet comp is not balanced to how you are fit. Take the example above, I consider that perfectly fine because its not your fault the enemy was stupid and brought a single damage type to the party.

In Wormholes when we are facing against capitals we don’t bring just DPS and whine when we can’t kill stuff due to refitting, no we bring a mixed fleet with neuts to counter them. Wormhole fleet engagements probably has the most mixed fleets of DPS, EWAR, Neuts and Logi you will encounter anywhere and after the proposed changes we will absolutely murder any capitals any time since we are so used to finding alernatives that isn’t “More deeps!”.

Another point of conflict has evolved around the discussion (and CCP hasn’t talked much about this) of how the skills will be handled with the introduction of T2 modules and the new Fleet Auxiliary class (FAX). In my opinion I would lower the multipliers of the current capital skills, give whatever racial carrier skills they have the equivalent in the FAX skills, and introduce carrier 5 and dreadnought 5 as requirements for the Titans and Supercarriers. Remember I think the multipliers of carriers and dreads should be lowered so its easier to train those skills to 5 so people wanting to get into Supers and Titans don’t have a huge grind.

Finally I’ll cover the topic of EHP, now EHP (base) is going to be nerfed and the new plates and extenders will be introduced so you can increase the EHP back to pre-nerf levels (nothing 100% yet though). CCP doesn’t like how currently its just a matter off fill all yours slots with resistances and want’s to make buffer tanking capitals a viable solution. We are looking quite carefully at how much we have to adjust each type of ship since the same Logic of removing about 30% of your EHP from Dreads and Titans does not carry well over to carriers because carriers already have a very low amount of EHP when compared to dreads. CCP also does not like the resistance bonus on capitals so you will definitely see the likes of all capital ships start relying less on their resistances to live and much more on their HP values.

Okay so my first post for my new blog.

I should start off by saying this blog is not going to focus on just my adventures but also the adventures of my corpmates and my opinions on various elements happening within Wormhole space along with proposed CCP changes.

So let’s start with a little bit of history about myself.

I joined Wormhole space just over roughly two and a half years ago living with a group called Void Legion out of a C5 – C3. Back then I was very much a noob but a willing and active noob, who had way to many useless Legions including a 6 bil Legion replacement for a site Loki. Void Legion got invaded by a group called Datakapak (or something) and after a successful attempt to repel the invaders decided to close shop, destroy all assets and move in with the alliance Disavowed who we hired to help defend our Wormhole

My time within Disavowed was a very happy one and lasted for around a year, during which I saw many changes in the group and matured massively as an EvE player. Disavowed gave me my first opportunities to FC, use capitals within PvP (my Revelation) and become part of the ‘core group’ who made things happen. Some of my favoured memories of this time include slaughtering TLC repeatedly, the dismissal of Max Leadfoot, wrecking Hard Knocks fleets, Bhaals Deep’ing various known entities (including TDSIN).

After a while I became disillusioned where Disavowed was heading and sought out various other corps, before resting with old friends from Void Legion recreating the corp now known as No Vacancies. While I enjoyed the company of most in the group and what they were trying to achieve there was various people who I frequently crashed heads with and some I absolutely detested and after becoming CEO only to find  the majority of people disliked my visions I left to C4 space briefly before returning to C5 space. 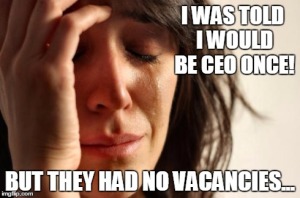 Now I reside my time in Isogen 5, a place I am very happy to call my home filled with pilots of a similar demeanour to me. I continue to scout, FC and become part of the group as I have done with every other corp I have joined and hopefully will be here for as long as I stayed within Disavowed. Unlike most corps Isogen is very ruthless on your behaviour, we are here to PvP not to endlessly  farm and log off, something I can very much be a part of.

Thank you for reading. Until next time!